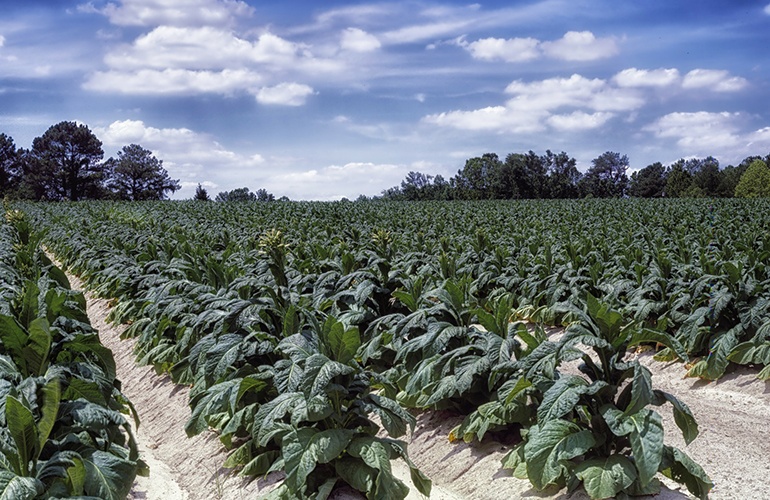 There are many different types of tobacco in the cigarettes that we sell, and they come in different flavors. The flavors of tobacco vary depending on where they are grown and the conditions in which they grow. The following are some of the common types of tobacco:

This type of tobacco grows in Virginia, central Kentucky, and in Tennessee. It makes some brands of chewing tobacco, acts as condimental for pipe blends, and makes moist snuff. It has a distinct aroma and floral flavors. There are various types of Aromatic fire-cured tobacco. Latakia is one of the popular ones. You can cure Latika leaves over the fire from the wood of certain aromatic shrubs. Latakia makes some English-style blends.

This tobacco is light and air-cured. It mainly grows in Kentucky. Other regions that produce burley tobacco include Tennessee, West Virginia, Indiana, Ohio, and North Carolina. The tobacco type has low sugar concentration, but you can sweeten it with flavors or sugars. The most common use of this tobacco is making cigarettes.

This type of tobacco became popular after the Second World War. There was an increasing demand for tobacco with mild flavors and better aroma. It is possible to get mild flavors and aromatic tobacco using certain curing processes. Tobacco farmers in Maryland, Ohio, and Pennsylvania were the first ones to come up with tobacco with subtle flavors. The tobacco is grown in the sandy and less fertile lands. The result is tobacco with leaves that appear yellowish. Using charcoal to cure the tobacco makes it even lighter.

This type of tobacco originates from the Gulf States. It is pure tobacco with very high nicotine content. It is not cured or processed like the other commercial tobacco products. The goal is to keep it as free from additives as possible. Dried tobacco leaves are crushed and smoked in a pipe. The leaves may be mixed with herbs and barks. Dokha maintains fresh, natural flavors of the tobacco and other herbs and barks that may be mixed with it.

Criollo tobacco is a popular type of tobacco or making cigars. It may also serve as filler. Criollo may be grown under a shade to produce wrapper leaves. It is one of the first tobaccos from Cuba and is sometimes called ‘native seed’ or ‘Havana seed.’ Criollo has a spicy, earthy flavor.

This tobacco type mostly grows in Turkey, Lebanon, and Greece. It is sun-cured and is typically used in blends of tobacco sticks. It has a strong musty aroma and spicy, earthy flavors. It has very low levels of sweetness. Its flavors make it great for blending.

Shade tobacco is grown in shades away from direct sunlight. It is mostly grown in Connecticut and Massachusetts. Growing tobacco away from sunshine gives it brighter colors, and thinner, more delicate features. The tobacco has mild flavors and aromas and is mostly used in wrappers of premium cigars.

What Affects The Smells and Flavor of Tobacco?

The difference in soil nutrients accounts for the difference in favors of different tobacco types. Tobacco that grows on soil that is rich in iron has a strong aroma. The flavors differ based on the ratio of calcium: magnesium in the soil. If the soil has a high concentration of soil and magnesium, it produces tobacco with a sweet flavor. Presence of iron in the soil produces strong aromas. Soil that has a high PH value produces tobacco with a less distinct aftertaste that lasts a short time.

Cavendish is a method of curing and cutting tobacco that may influence its flavor. In this method, tobacco is cured to make it sweeter. It can be used on any tobacco, but it is mostly used o cigars and pipe tobacco.

The tobacco leaves are pressed together into a cake-like form. They may be heated using fire or steam and then left to ferment. After fermentation, the cake is broken and packed. The result is tobacco with a rich, sweet, taste, subtle effects, and improved flavors.

There are different types of tobacco flavors, and aromas and the choice depends on personal preferences. The way you prepare your tobacco can also make a difference in its overall taste, for example whether you are smoking pre-packaged cigarettes or rolling your own cigarettes. If it’s the latter, storage conditions as well as the choice of rolling paper can influence the final taste of the smoke. You may experiment with different types to find the best one for you.