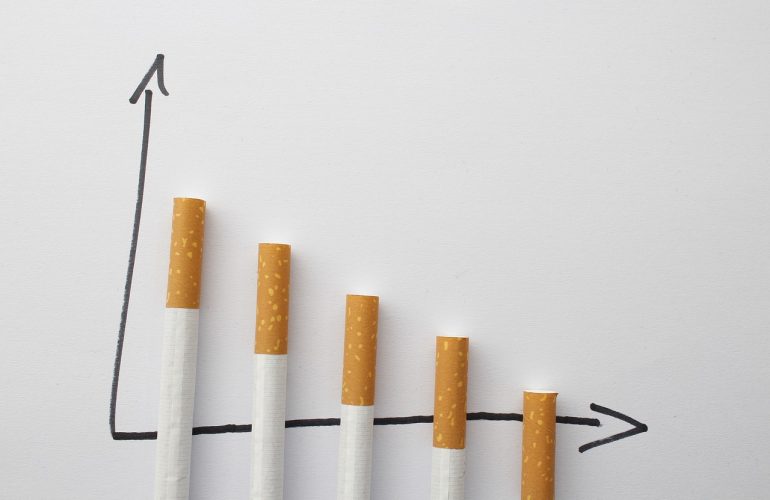 Burn & Brew
1648
0
E-Cigs
One of the most commonly-asked questions that we receive is in regards to the cost of smoking tobacco vs. the cost of smoking electronic cigarettes, or e-cigs. We pride ourselves on offering the best prices and largest selection of cigarettes in Arlington. For years now, however, cigarette taxes have been in effect in nearly all of the 52 states of the U.S., including the nation’s capital of Washington, D.C. Consequently, smokers have been looking for ways to beat the increasing cigarettes taxes in their states, such as by rolling their own cigarettes. Many smokers, however, have ditched tobacco altogether, switching over to smoking electronic cigarettes. As reported by BBC News, electronic cigarette are even apparently “95% less harmful than tobacco.” Nonetheless, when it comes to picking an alternative to commercially available cigarettes, it may also come down to the cost of smoking tobacco vs e-cigs.

How Long Can E-Cigs Last Compared To Cigarettes Rolled Up At Home?

If you read our article on how to save money by rolling your own cigarettes, you are probably already aware that rolling your own cigarettes can be quite cost effective. If not, you can actually roll up to 200 cigarettes at home with the same number of rolling papers, which would cost you $4 for four packs containing 1-1/4 size, 50 leaves of rolling paper in each. Of course, you will also need to spend anywhere between $6 and $10 to buy a 6 ounce pipe tobacco can, which will be sufficient enough. You will require a cigarette rolling machine too, which can be up to a $35 investment. However, what you are probably really wondering is how long an average electronic cigarette tends to last. Usually a lithium-ion battery powers most electronic cigarettes, which lasts longer than disposable batteries. When fully charged, a high capacity lithium-ion battery can last up to 350 puffs, which can be anywhere between 4 and 8 hours. Moreover, these high capacity lithium-ion batteries can generally be charged up to 250 times after which they need to be replaced. The combination of an electronic cigarette’s atomizer and cartridge is known as the cartomizer. Usually, the entire cartomizer has to be replaced once the coils in the atomizer burn out as a result of getting too dry. While a cartomizer might be capable of lasting up to 1 year, it may have to be replaced every two months or so, depending on the frequency of smoking and the type of the cartomizer.

How Much Do E-Cigs Cost Compared To Commercially Available Cigarettes?

So What Is The Cost Of Smoking Tobacco Vs E-Cigs?